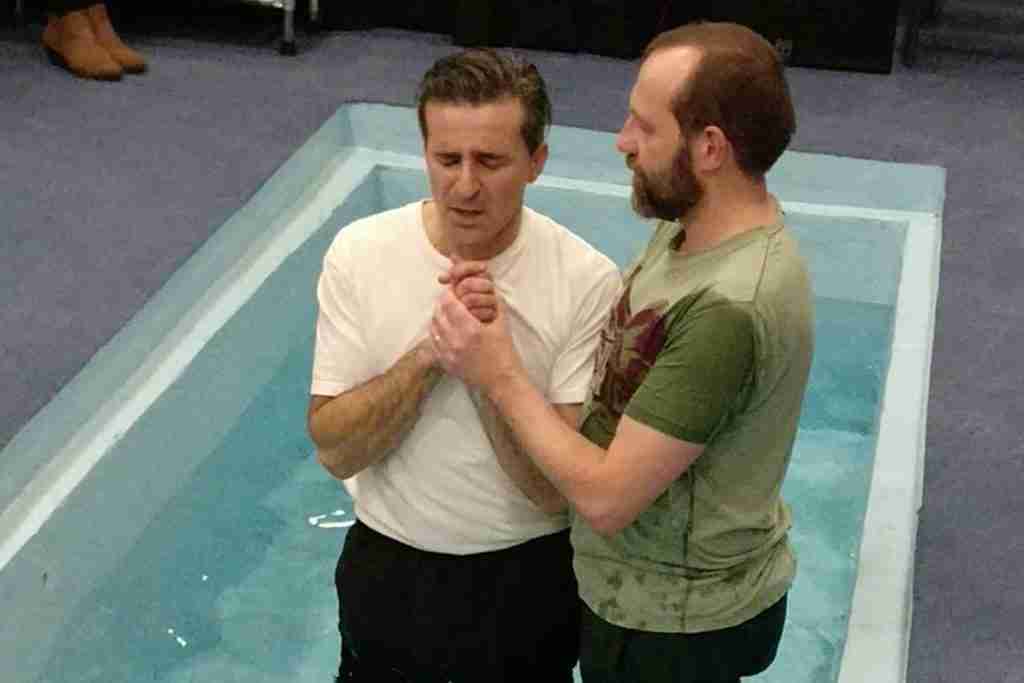 We celebrated Ronnie’s return to faith at his water baptism service on Sunday 28th January. Ronnie’s remarkable testimony began as he told how as a young boy, his father had brought him and his brothers from Syria to England, paid in part, by the sale of some oranges. He had been brought up in the Christian faith, but had managed to lose his way…until circumstances led to his dad telling him to get involved in a local church community. A little bit of Googling had brought Ronnie to SCC on a Family Service Sunday….where God spoke to him through various people involved in he service. Ronnie’s sheer enthusiasm and love for God was very clear as he was baptised!